Gary Buchs
Dec 6, 2022
In Australia, road hazards from wild animals are common -- you’ll notice guards on the fronts of most trucks. Plentiful numbers of kangaroos, wild pigs and wombats can be an ever-present problem in Australia.

My wife, Marcia, and I had an opportunity to travel around the globe to Australia and enjoy a cruise out of Sydney north along the Great Barrier Reef to Cairns, Queensland. Before we departed, Marcia posted in a Facebook group that if there happened to be any truckers on board, we'd enjoy an opportunity to visit and share stories of what is happening with our counterparts in the down-under world of trucking.

Meet Kevin Forbes. Forbes is an experienced veteran of Australian trucking, traveling with some of his family -- including his son, 38-year-old Mitchell who's followed in his father’s footsteps since the age of 18. How did the elder Forbes get his start? Kevin’s a veteran of the Australian Navy and Air Force -- this was the gateway for his transition to trucking in the 1980s.

Mitch entered the business beginning at 18 with a license qualifying him to drive a single-drive-axle straight truck, and in the next couple of years he graduated up to the Australian "Multi Combination" (or MC) license. This qualifies an operator to pull any size or combination of trailers, all the way up to the “road train,” a combination of 3 or 4 trailers, and maximum legal weights or oversize loads. Mitch has done it all to date, currently pulling a set of double dumps hauling aggregates locally for an asphalt plant.

It's easy to recognize the pride the two Forbes bring to both work and family life, and I can hear in their stories many themes also common to those of North American truckers. Here in Australia, truckers and trucking companies battle many of the same issues: those related to employment like pay and benefits packages, inconsistent driver training, even independent contractor v. employee status for operators.

The hottest of hot-button issues in our conversation: growing numbers of new-immigrant truck operators who did not come to Australia by obtaining a work visa but by subverting the immigration system and applying for a student visa that was described as easy to obtain. It just so happened I met three Australian Federal Police officers on a walk in Sydney, and had a conversation about this problem. The student visa allows the person to work up to 20 hours a week, but what’s happening is employers are paying these people lower wages with cash, off the books. Kevin Forbes noted such employers are often-enough foreign-owned, and all too willing to underbid freight rates.

The result of a declining market and exploitation of cheaper labor? There’s been an increasing number and severity of accidents, and like here in North America, it sounds like regulators’ and insurance companies’ reactions are focused more on driving restrictions and drivers’ age, rather than whether the operator has received adequate training. For example, as is the case for many in the U.S., a 25-year-old has a less-restricted path for employment primarily because of age and the ability to be insured under a given policy.

For training in Australia, Kevin and Mitch noted as little as two days’ worth is the norm -- both believe this is one of the big problems.

[Related: 'Not what we really need': Training regs might miss the mark, but this small fleet's doing it right]

Hours of service, whether computerized or paper

Mitch Forbes said there are three different sets of hours of service rules -- just where and what equipment's a trucker is driving may determine what rules they operate under.

Limits begin at 12 hours of driving for the day. They also must stop and take at minimum 30 minutes off-duty before they reach 8 hours of driving – that period can be broken into two 15-minute periods and still satisfy the rule.

The second HOS option is for 14 driving hours -- under both 12- and 14-hour driving options, an operator must take a minimum sleeper time of 7 hours. A driver does have the ability to switch back and forth between the 12 and 14 options, but to do so they have to log a minimum of 48 hours off-duty.

The third option is a a license that will allow up to 16 hours of driving in 24 hours. To receive this license, a driver much submit themselves to a clinical sleep test annually -- that includes scanning brain activity, by all accounts quite expensive. In Kevin’s view, it’s not worth the potential problems. (The Australian equivalent of our medical certification can be good for up to three years if an operator’s in good health. They do have sleep-apnea regulations restricting apnea sufferers to a one-year medical cert with daily downloads from CPAP devices to monitor effective treatment.)

As here in North America, problems with the HOS are much the same. Forced to park when not feeling the need to rest? Even when headed for home? You bet.

The newer company trucks Kevin drives are outfitted with driver-facing cameras and lane-departure/drowsy-driver monitoring systems that will set off alarms and shake the seat as a warning. His reenactments of these alarms’ impacts for the operator were quite funny, resembling someone having a seizure, yelling at the dashcam.

As is the case for many operators in the United States, Kevin noted that though his company’s trucks have dashcams intended to protect the company, he’s got his own as well. In the event of an incident, his expectation is the company would not normally share their own downloaded video, and he wants to have his own.

It’s right to assume, driving around Australia, that you’re being watched -- pretty much all the time. Police and trucking companies alike take cell phone use quite seriously. There are many hidden cameras at intersections and along the roadways used for the purposes of enforcement. The $500 fine for holding your phone will arrive in the mail, and it sounds like there isn’t much recourse.

Mitch, Kevin and even the Uber drivers Marcia and I hired stressed a driver must assume the police are everywhere. Nearly all police patrol cars are unmarked and quick to react when they observe a violation. Speeding is taken very seriously, with the speed limits for trucks varying not only by where they are driving but also by the length and size of their equipment. On the open highways, the max speed limits vary from 55.9 mph 62.1 mph. Kevin told of being ticketed for less than 2 mph over the speed limit.

Interestingly, those Federal Police I talked to, though not involved with driving or vehicle issues, echoed everyone in noting how the Northern Territory in Australia is very independent when it comes to laws and regulations, and generally imposes fewer restrictions. With its sparse population and wide-open terrain, there were essentially no speed limits there up until 2007.

Speed limiters are required equipment throughout much of the Australian trucking industry, and that fact tends to stir up the same anger among truckers down-under as the notion does here in the U.S. and the rest of North America.

[Related: Has Biden's FMCSA sacrificed a measure of government goodwill on the speed-limiter altar]

If a truck has a GVW exceeding 16.5 U.S. tons, it must be speed-limited to 63.1 mph in most regions. Australian truckers must deal with the fallout on the open highway -- there are many roads where traffic backs up behind trucks because there can be very limited safe opportunities to pass. Compared to the U.S., there’s a dearth of four-lane highway across the country.

Slow-moving road trains that can be 175.5 feet long with weight as great as 274,000 pounds contribute to the problem, but speed-limit differentials -- even between different-size trucks – exacerbate it. It’s still quite common for trucking companies to use cabover models with small sleepers and few creature comforts, even for teams. This allows the companies to maximize load capacity with longer trailers.

Driver pay, benefits, value (or not) of experience

When comparing driver pay and benefits, keep in mind the exchange rates for the Australian currency and the U.S./Canadian dollar. As I’m writing, one U.S. dollar is worth about $1.5 Australian. My impression is compensation there would look quite good if you placed your paychecks side by side. Kevin and Mitch Forbes both showed me weekly paystubs with $2,200-$2,400 take-home per week earning $110,000-$130,000 after paying nearly 40% in income taxes. This would currently equal approximately $73,400 to $100,000 in the U.S. Kevin is hauling over-the-road, receiving a rate equivalent to about 80 cents per mile U.S.

Mitch works local and is paid $23 U.S. per hour for the first 8 hours per day. Hours 8 through 10 he goes to time and a half at $34.50, and over 10 hours he’s double time, or $46. Both receive health insurance, 10 days’ sick time, retirement contributions of from their employer worth about 10% of earnings, and commonly as much as four weeks of paid vacation per year.

I was somewhat surprised to hear that being an experienced driver didn’t really change the pay rates much. As so many owner-operators with long experience are quick to note about the state of U.S. trucking, both Kevin and Mitch believed that, for far too many Australian trucking companies these days, recruiting is about not much more than having anyone in the seat.

The distance between people in the world today is much shorter, the world a much smaller community, than many of us think. People worldwide, often enough, have many of the same concerns for their families and communities as you do. If any of you get the opportunity to travel abroad, I encourage you to seek out opportunities to listen and learn about cultural and work differences. 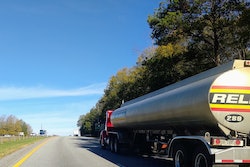 'Why won't an insurance company give me a quote?' 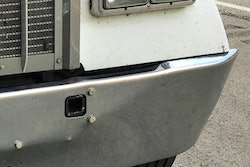 Navigating insurance claims: Patience is in our best interest 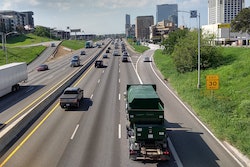 Lesson learned finding a new home: How some recruiters blow it when bringing on new operators 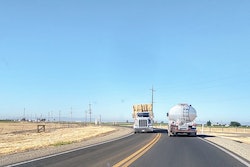 Get your FREE comprehensive guide! This in-depth guide covers everything you need to know to succeed in trucking. From how to handle common carrier challenges to nitty-gritty regulations, it's all here.
DownloadView All