Faces of the Road: Introducing the honky-tonk stylings of trucker-songwriter Coby Langham

Ever stumbled across a recording artist on the web whose stuff was so good you were left dumbfounded by the fact that they weren't more widely known? For me, Coby Langham fits squarely in that category; but here's the icing on the cake -- he's also a trucker. His gorgeously crafted songs run the gamut from gear-jamming toe-tappers to ballads bursting with Southern Gothic poetry, gleaned from the fertile fields of Kentucky's opioid crisis, songs so clever they'll find you laughing audibly, or, as the case may be, so truthfully elegiac even the most stoic listener's liable to crack wide open.

Year 2019 had been a banner one for Langham. His Coby Langham and The Citizen Band EP, "Years on The Road," was being mentioned in the same breath as Tyler Childers' "Country Squire" and Sturgill Simpson's "Sound and Fury" by the publication "Kentucky Country Music," which dubbed Langham's effort one of the commonwealth's 10 best that year.

Something seismic was going on in the Bluegrass State. One writer called it a "country music insurgency," and artists like Simpson and Childers were at the vanguard. But Langham was quietly making a mark of his own, with his own style.

"I would consider it honky-tonk music," he told me when I finally got the opportunity to meet him this year at the Mid-America Trucking Show. "That's a lot of what I gravitate towards. It's what I listen to. When someone listens to it, I want them to say, 'I'm listening to country music.' The actual sound comes from my friend Tom Hnatow out of Lexington, who produced all the stuff we've done so far, and he played all the steel guitar parts."

Backed by Jason Sinkhorn and Zane Hilton, both songwriters themselves, Langham has shared festival billing with the likes of John Prine, The SteelDrivers and Colter Wall, to name a few. Right about the time that recognition of his work was poised to gain critical mass, though, March of 2020 came along and reconfigured everything. For Langham, who has spent the last 12 years as a company driver for Downey & Sons, a provider of pallets out of Springfield, Kentucky, there was little time to mourn. "Things at work have been so busy. That and everything that's been going on with our family."

Hear much more of his story, and his music, in today's special "Faces of the Road" edition of Overdrive Radio:

Also in the podcast: 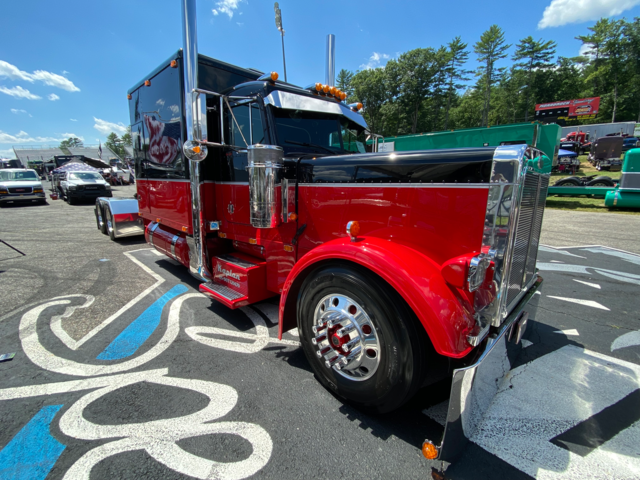 We'll drop into Overdrive Executive Editor Alex Lockie's tour through the Gear Jammer event two weeks back at the Monadnock Speedway in Keene, New Hampshire, where he met among others Pennsylvania-based owner-operator Arien Ruell and this his 1993 Peterbilt 379 "Ten Dimes." It's a special truck, for Ruell something of a monument to relationships forged through history in and around and under the machine. Catch more views of it in Lockie's story about it via this link. As you'll hear in the episode, it turned out to be a special day for Ruell, too. 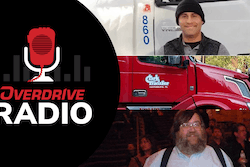 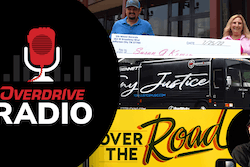 Connection engine for independents/private fleets, a haul for breast cancer, and a legend remembered 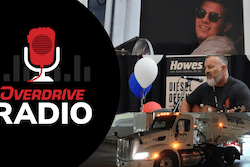 The heavily-customized W9 is the 11th truck in Branch's Atlas Heavy Haul fleet. It works part-time moving heavy machinery when needed. Catch plenty views of the impressive rig, both inside and out, in this video.

Cast your vote for the best in custom rigs: Overdrive's Pride & Polish